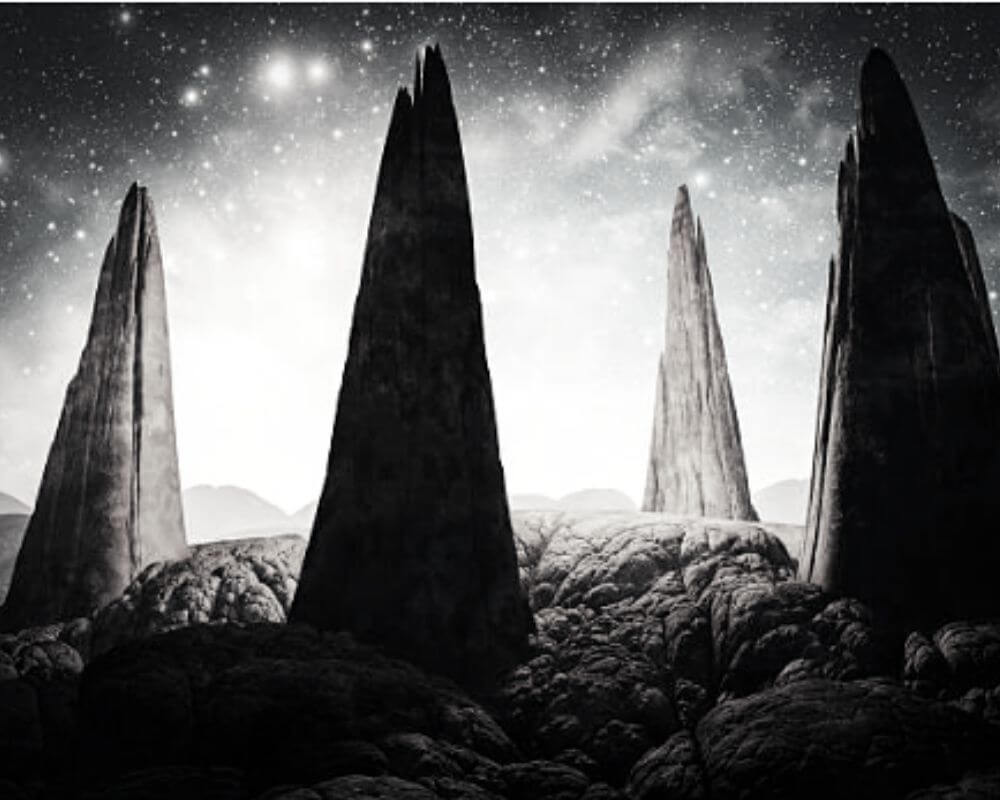 The obelisk of teleportation

An ancient runic obelisk has emerged in this area. The constant pulse of energy will attract fortune seekers and scavengers of all kinds here.

An ancient runic obelisk has emerged in this area. His strange energy has attracted a stone guard named Scarl, along with his gang. Secrets buried by time await those who will be able to decipher its functioning.
Adventure aspects: mysterious ancient obelisk, band of scavengers at work, strange pulsating totems.
Contents: 2 situations, 1 antagonist, 1 treasure, 1 complication.
Tone: fantasy, exploratory.

Location aspects: partially unearthed monuments, tire tracks, geysers and braziers always lit.
Situation: the excavations are mostly abandoned areas but they can hide secrets. This step can be used to link this adventure to the game master setting.

Location aspects: obelisk strewn with runes, various bolts on metal plates, partial excavation.
Situation: the pulse of this obelisk has attracted a stone guard named Scarl and his band of scavengers. His escort is made up of a squad of (4) guerillas and some (3) captive workers equipped with excavation picks. If they get the chance, the workers will engage in a fight, and then escape to safer surroundings. Scarl is pretty confident, but he might try to convert the characters to his cause.
Passage: transport stone. Anyone who is synchronized with the obelisk can make use of the transport. This step allows access to the next situation foreseen by the game master.
Treasure: the transport stone can be taken out and consumed. By doing so, the characters get a medium reward but the passage will be permanently closed.
Complication: the obelisk adds a shield of thorns to anyone connected to it that inflicts light damage on attackers. This effect is currently controlled by Scarl, but can be recaptured via a medium difficulty interaction check.