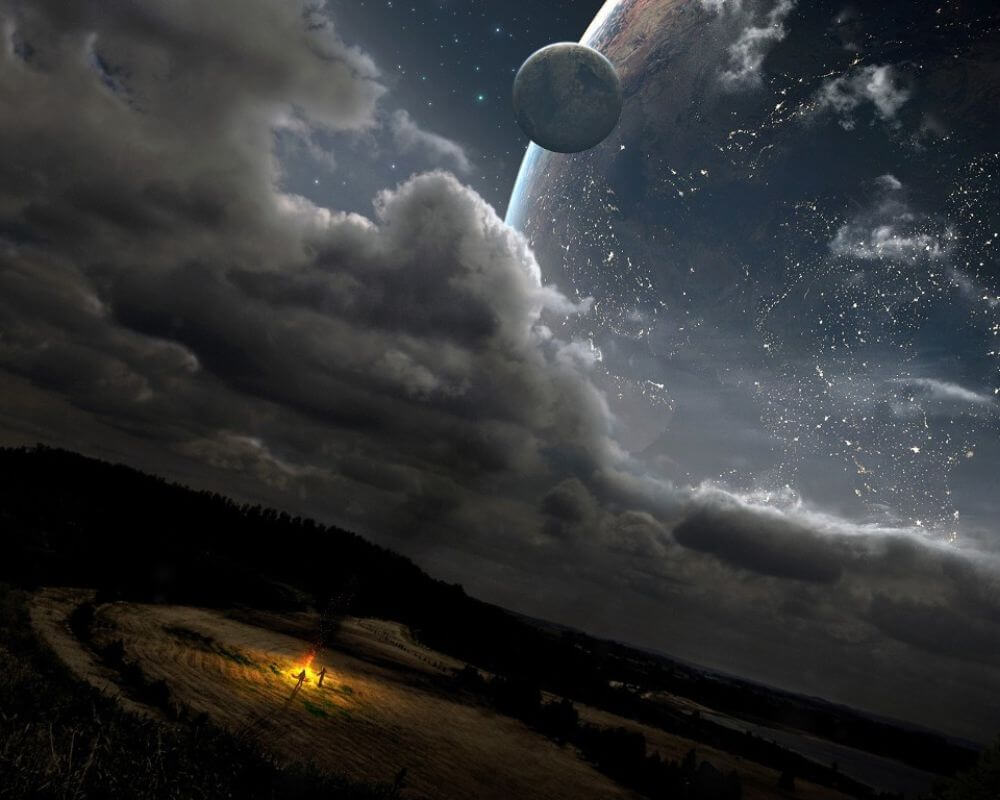 Ambush at the pit

A multirole helicopter crashed in this area. Unfortunately, the area is already occupied by the vanguard of a rival group, which will not give way without a fair offer or a quick recapture.

The characters have arrived to the pit: a strategic place where an important object of their research is currently hidden. Unfortunately the pit is already occupied by the vanguard of a rival group, which will not give way without a fair offer or a quick recapture.
Adventure aspects: strategic conquest, search for a hidden object.
Contents: 2 situations, 2 treasures, 1 complication.
Tone: modern fantasy, exploratory.

Hiding place: back of helicopter

Location aspects: helicopter crash, unstable electronic device, small storm generated from inside.
Situation: player characters placed here can observe the surroundings and plan their movements without fear of being spotted. The aircraft is too damaged to take off and inside the cockpit a metal bracelet-like device continuously emits electric shocks and gray smoke puffs.
Treasure: if the device is removed from its compartment, the stormy cloud disappears and responds in the hands of the user like a tablet in slight tilt. The device can be activated and gives advantage to the next test, but after 1 use extinguishes its charge and turns off permanently. (Primo Contatto: a character can spend a secondary action to collect the device and absorb a charge of hyperio).

Location aspects: luminescent hole on the lawn, creaking swing, bonfire lit with intermittent colors.
Situation: there is a strategic resource here, but a group of Protectors arrived early and have already surrounded the area. They are not necessarily bandits or opponents, but they too are willing to grab the resources that the pit hides. The number of Protectors is 1.5 times that of the characters and two of them can exert a particular influence on all the others.
Complication: after some time, the Protectors' escort reaches the vanguard group stationed here, radically complicating negotiations or possible use of force. The game master can make this possibility known through a direct dialogue of Captain Carsten, or allowing the characters to eavesdrop on an ongoing conversation.
Treasure: if the characters manage to conquer the well they can recover some consumable objects left by the previous group plus a strategic object for their adventure. The game master can grant that the strategic object is an important upgrade, leaving the characters the choice between holding the object or delivering it to the original customer.

The game master can customize the resources contained in the well depending on his campaign. In a context of Primo Contatto a small deposit of hyperio or an elemental flow may be found as treasures, while in other contexts the pit can hide magical, precious objects or simply relevant items for the ongoing adventure. The Protectors can also be replaced with the name of the characters' rival gang.

Characters can move from one zone to the next by spending a turn. Movement within a zone, for example to get away from an obstacle or an opponent, costs an action. In parentheses are reported possible interactions. 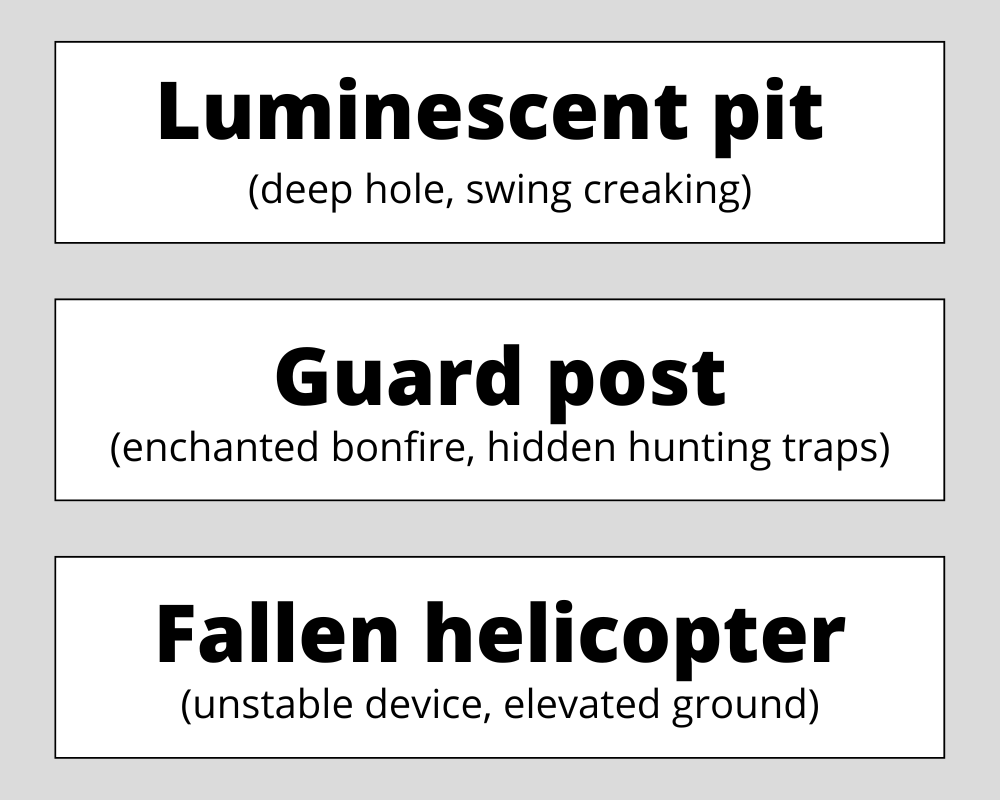 This material is accessible to everyone, but you can add it to the collection to get a quick link in your profile.