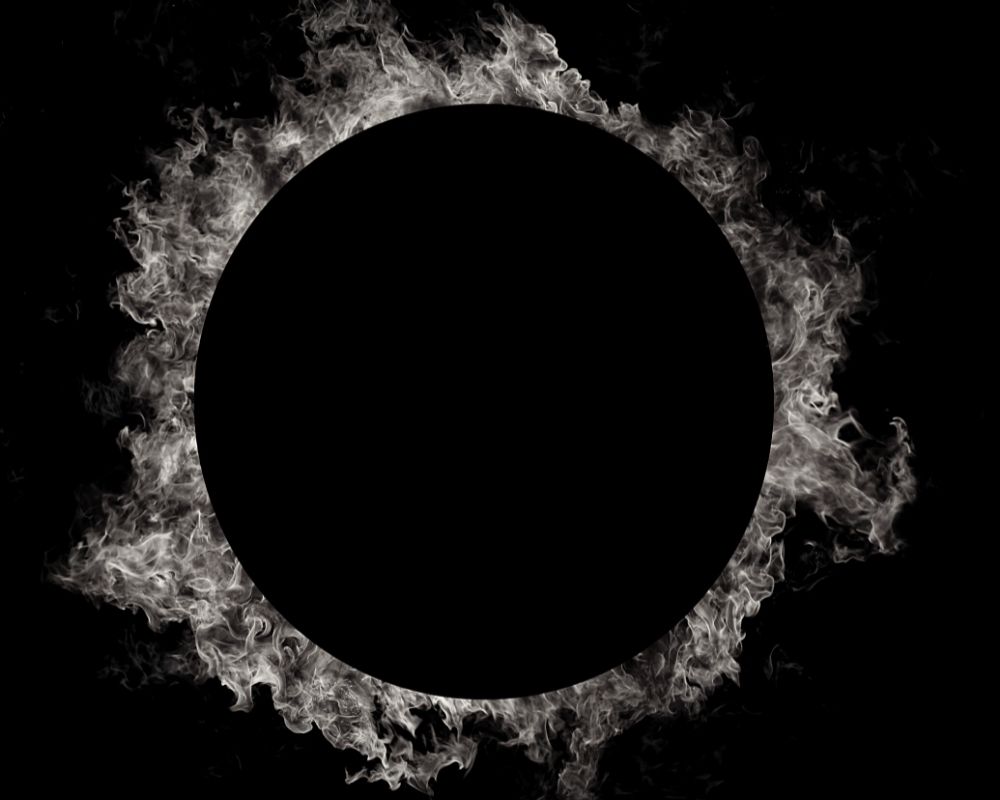 A paramilitary plane crashed into this area, dumping its precious cargo at the mercy of fortune seekers. A strange portal opened right in the impact area, signaling a radio anomaly within miles.

Location aspects: intense smell of burnt plastic, various abandoned utensils.
Situation: the opening in the wall is big enough for a human to pass through. In the immediate vicinity you can find alchemical residues produced by detonation. This step can be used to link this adventure to the game master setting.
Treasure: a careful study reveals that alchemical residues have the property of absorbing fire. The characters who discover this information each get a shard of lava stone. It will help later.

Location aspects: fiery rune on pedestal, wreck of broken plane, unstable fiery portal.
Situation: The man is Hal Denim, the last survivor of his expedition. When the characters arrive here they can negotiate, sabotage his plans, or attack directly. If Hal does not detect hostility, he will offer the characters whatever loot they can recover from the hold of the plane, in exchange for the closed box in the cockpit. The cassette contains a very valuable experimental technology. The portal hides a trap, which is why Hal is keeping a safe distance.
Trap: the fire portal. Around the platform is a burning rune, as well as several piles of ash and singed clothes. A creature of pure fire comes out of the portal to consume intruders. The shards of lava stone can stun the creature, while the complete lava stone (see treasure) is able both to banish it forever and stabilize the portal.
Treasure: inside the cabin of the plane it is possible to recover various supplies, the Hal cassette and the complete lava stone. In the hold you can place an additional item dear to the characters.
Complication: the portal becomes unstable and periodically erupts lava spheres in the area. Anyone who remains in the vicinity must pass a test or suffer light damage.
Hal Denim