The hold of Tiara's fighter was vibrating as if it were about to explode, emitting light an intense light full of unknown power; all the controls of the small submarine went crazy without control.

Yixir's force was unleashing in all its power, its hyperian nature was attracted and conveyed by an unknown external force, located in the depths of the seas. Suddenly a huge vortex took both submarines and made them spin madly, sucked into an unimaginable centripetal force. Inside the cabins there was the most absolute panic, anyone who feared for their life and who would have spent the last moments thousands of meters below the surface of the ocean.

The vortex was permeated with intense blue light, the fuselages of the submarine fighters were creaking on the edge of the estate and ready to implode when everything calmed down in an instant. NNU soldiers took some time to recover, Will Taylor was the first to wake up inside his cell, still imprisoned for insubordination.

He noticed that his handcuffs were broken and he found himself free to move; the door of his small prison was broken and torn due to the force of the hurricane, which allowed him to take his first steps towards the maze of corridors of the Seawolf.

He noticed that his handcuffs were broken and he found himself free to move; the door of his small prison was broken and torn due to the force of the hurricane, which allowed him to take his first steps towards the maze of corridors of the Seawolf. He saw some soldiers lying on the ground, others who seemed to have regained consciousness but still stunned, others twisted in unnatural postures, probably lifeless. Isolation had saved his skin.

Suddenly he saw a large gash on the fuselage and immediately did not understand why he was not all inundated with water; then he realized as soon as he approached in disbelief: the Seawolf was on dry land. "How is this possible?" He thought to himself. "We were miles deep, everything lasted only a few seconds. We can't be back up!"

He looked at the gash and saw an impossible landscape outside, sand on the ground with large rocks around, covered with marine vegetation and everything as if it were night, with a light blue light that softly illuminated everything. Recovering from the emotion, he immediately remembered his intentions: to verify that his treasure was still intact.

After a few minutes he managed to find the containment cell, also with the door destroyed, sucked inward. Inside the room there was still the containment cubicle with inside the fantastic creature found inside the Fortress, and next to the post-human put on guard, without function.

Will lifted the technological sarcophagus and carefully observed the beautiful sleeping creature, a blue-skinned goddess covered by its wings. At that precise moment his MTM activated, as if activated by the celestial presence, he thought for a few moments and immediately reactivated the post-human hacking the bios to submit it to his commands.

"Collect the celestial and protect her at all costs." Will Taylor's voice felt confident. "Follow me, now."

The two fugitives managed to get out of the Seawolf thanks to the general confusion and found themselves in front of an unimaginable show. In front of them stood a wide expanse of wet sand surrounded by large rocks almost as high as mountains, about a kilometer from them they noticed two immense columns covered with algae, almost destroyed and behind the entrance of what looked like a large temple.

Just behind the columns Will noticed large engravings above the huge doorless entrance, written in an unknown language. He thought aloud: “Where the hell have we gone? What language is it in? It seems ancient greek but different... "

T-65 passed Will by a few meters and looked at the writing.

"I am programmed to recognize all the known languages. It is an ancient language, on the engraving it reads bow down before the Nexus".

"Post-human, can you illuminate above?" Will's voice strangled with enthusiasm.

T-65 did not reply but I raise his free arm (on the other shoulder he was carrying the celestial), and its hand turned into a crack. Will felt the flow of light and a small luminescent rocket started from the cyborg's arm. A few hundred meters away, it exploded in a yellow glow, illuminating everything around it. Will was amazed to see that they were surrounded by water, it was as if there was a huge bubble blocking the water around them, and had revealed an ancient ruin lost over time in the ocean floor.

However, after a first amazement, Will realized that he had made a critical mistake. He had revealed their position to everyone. 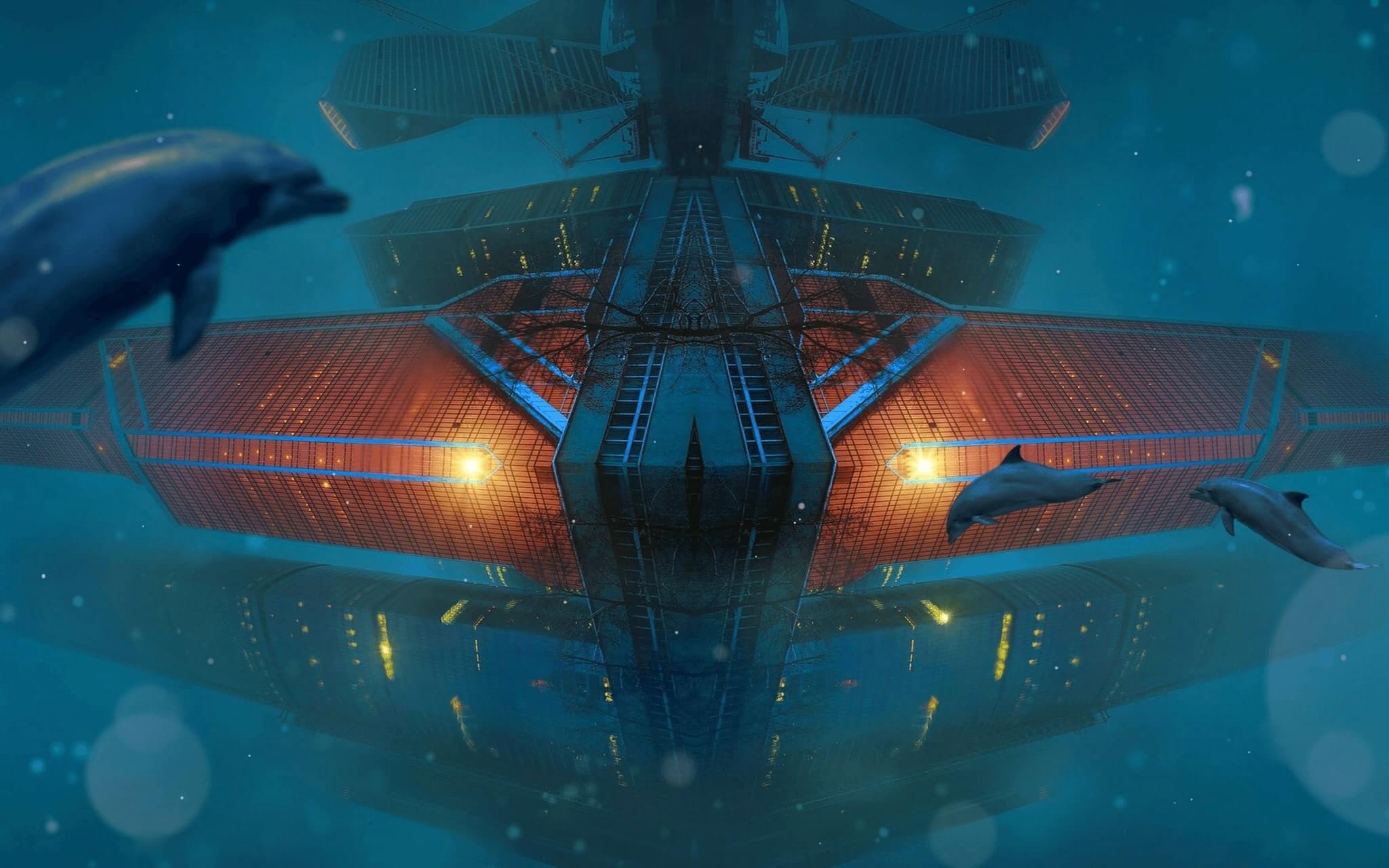 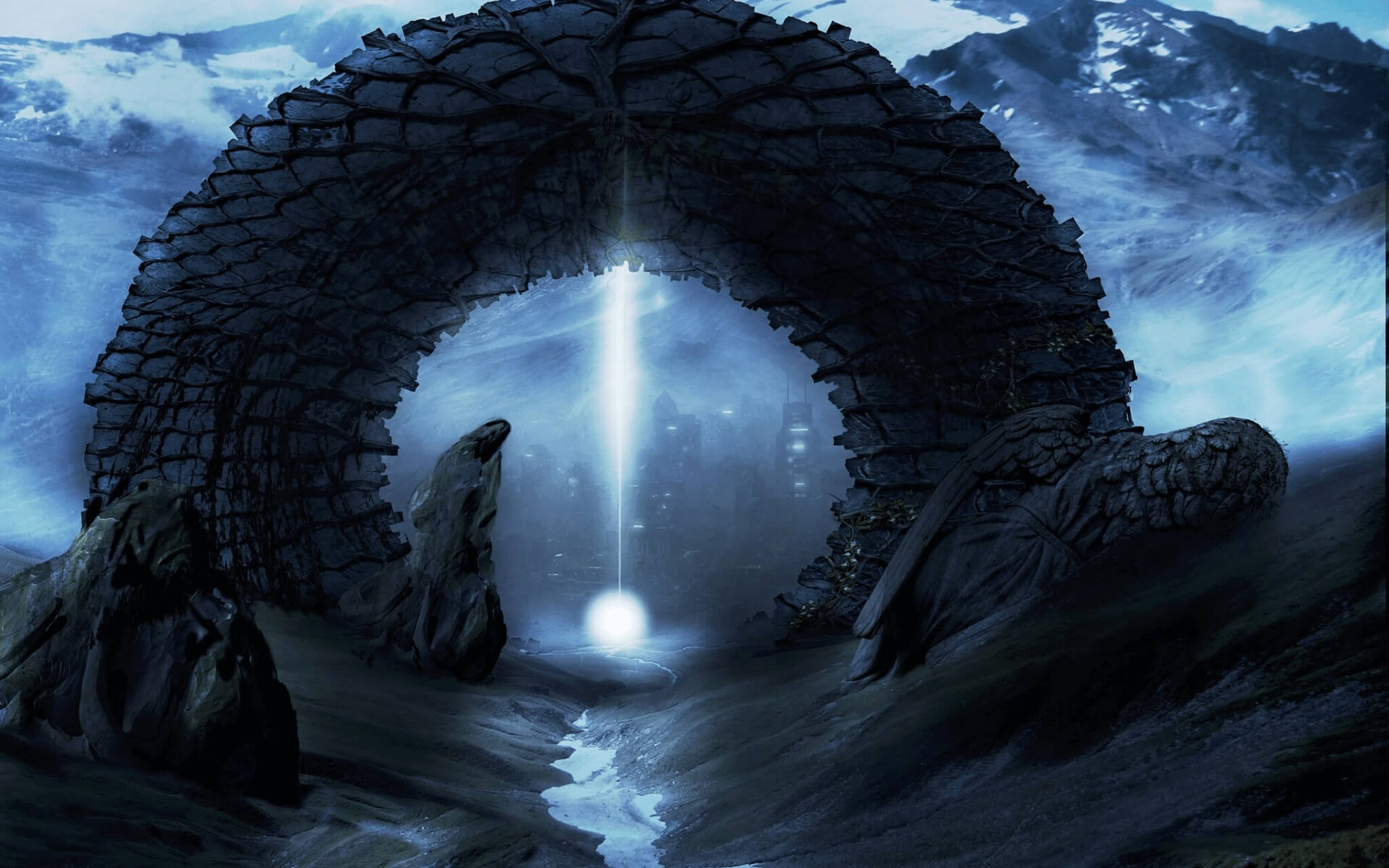 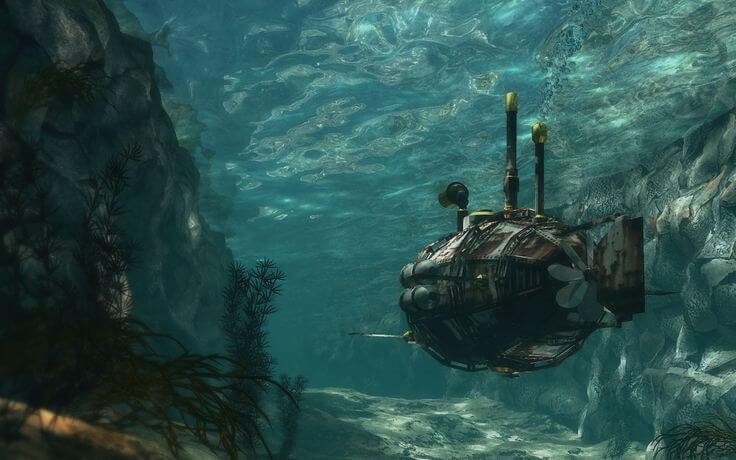 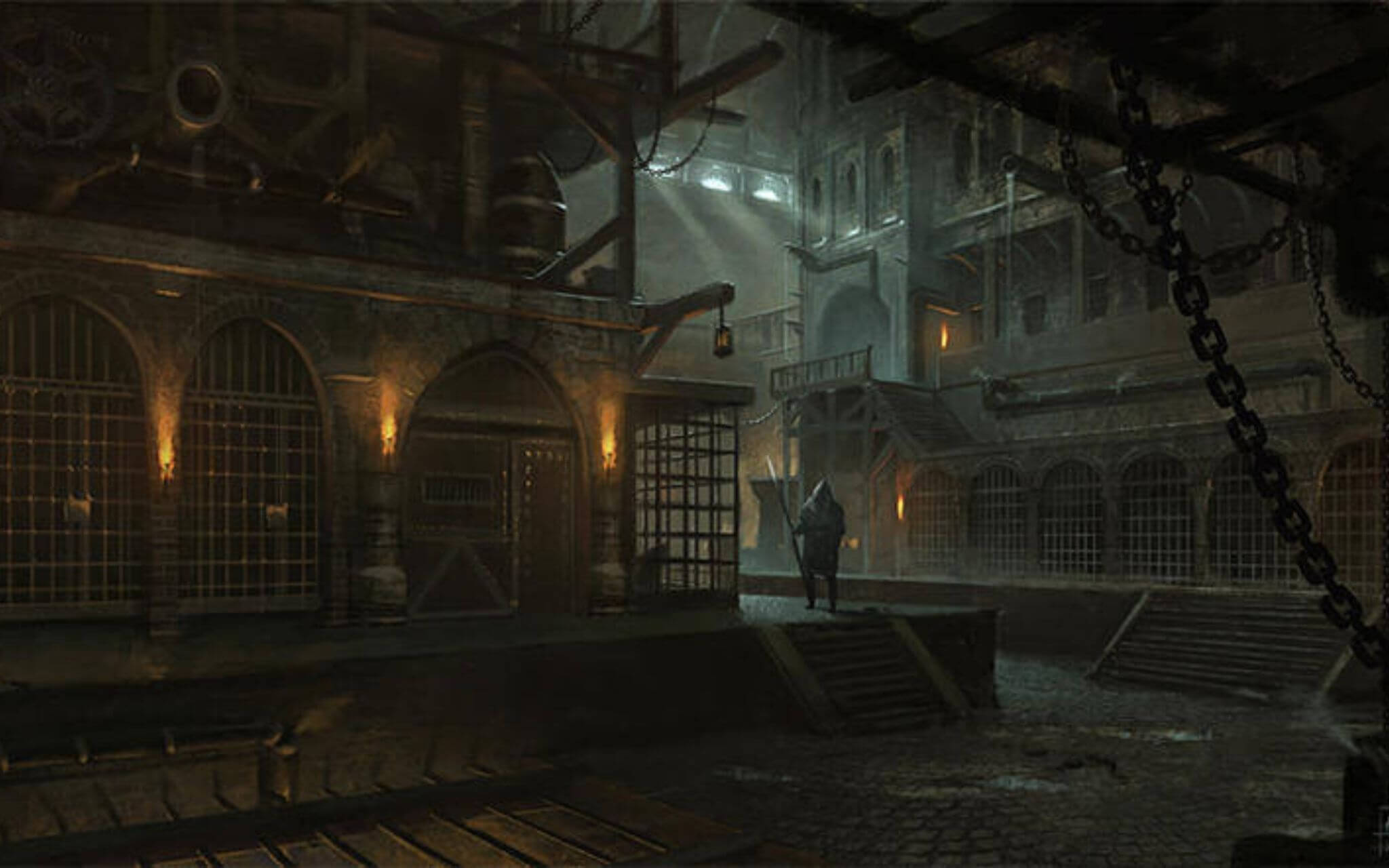 «Impossible.» Alejandro thought «MTM are integral parts of us Celestial!»